You’re a member of the
biggest generation in US history

Don’t worry — if you were born a little too early or late,
consider yourself an Honorary Boomer! 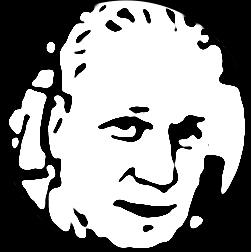 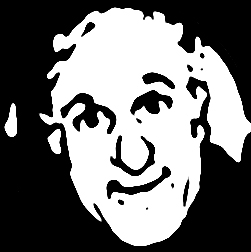 Mike will use his powers of copy writing to tell us what the heck is going on here…. if he doesn’t, then this paragraph will have to do. Let’s hope he gets up off his duff to write something here about how we host the daily content videos and introduce the shows and sometimes close them out.
All Episodes>>

The Heart and Edge Trilogy

Boy do we love soap operas here at The Big Generation. We love them so much, we made three of them— ‘Heart on Edge’, ‘Heart’s Edge’ and ‘Edge of Heart.’ OK, we admit it—The titles are a little confusing, even for us. And they’re actually a pretty bad inside joke that nobody thinks is funny, except our Executive Director, Mike Bael (But he gets to make all the final decisions, even the bad ones. So that’s that.)
But, regardless of the terrible titles, there’s a good reason we made three of them. Here at The Big Generation, we’ve set out to make ‘The Perfect Internet Soap Opera!’ We wanted something that would keep viewers tuned in to the vicious gossip and downright awfulness that makes a great soap opera week after week.
So this is what we came up with as the necessary pieces of a perfect Internet soap:
The Perfect Internet Soap has to have at least three new episodes a week to keep viewers engaged and involved
Each episode has to be less than 7 minutes long— Who can sit these days?
It has to have at least one delicious plot twist every episode—Internet viewers don’t like to wait. And every single plot twist has to give viewers and fans something to gossip about themselves in the comments section.
And the perfect Internet soap opera needs to be cheap and quick to make—(That’s us in particular. Big budgets aren’t our thing. Not our choice.)
All Episodes>>
Heart on Edge

The Internet soap opera we’re producing right now, and we’re really, really excited about it is: “Heart on Edge!” We hope you’ll love its characters—And we know you’ll be appalled by some of them. Together with “Heart’s Edge,” which we’re also airing, and along with Big Generation original productions like Acts of Grace and Bahala Na, website visitors get 3 or 4 days of soap operas and dramas every single week!

Heart on Edge is special in a couple of interesting ways. First, every single scene is self-shot by our actors, at home, in keeping with Shelter in Place. Just as unique, Heart on Edge is a ‘talking head soap opera,’ which means that the characters talk directly to the camera and you, along with each other—Talk about up close and personal! And, if you’re worried about getting stuck for too long with an episode, don’t be: Never more than 7 minutes long.

And here’s one more thing—We’re working on new episodes every day, which means that, a lot of the time, we write an episode on Tuesday, and it appears on screen on Friday. And that means—keep your comments coming! We’re listening to them. You guys in the home audience are our co-writers!
All Episodes>>
Heart's Edge

Heart’s Edge was our first talking head soap opera, and the inspiration for Heart on Edge. It tells a complexly plotted story of a group of families and friends struggling with issues like adultery, opioid addiction, Vietnam and Desert Storm veterans with PTSD and, of course, the two soap opera biggies—PRIDE and GREED!
All Episodes>>
Edge of Heart

Edge of Heart was The Big Generation’s first episodic soap opera. We ultimately had to cancel it because, by our independent movie standards, it was too lavish and expensive. But what we have is a good watch—with wonderful acting and beautiful cinematography. We invite you to watch the first two episodes of The Big Generation production of Edge of Heart.

Dementia is awful for people who suffer from it, frustrating and exhausting for home health workers, and devastating for family members. We at The Big Generation wish we knew of a cure we could tell you about. We don’t. But we do have some small pieces of advice and a lot of compassion.
Acts of Grace

Imagine what might happen if your mom, Elaine, who suffers from Alzheimer’s disease, were to wander from home on Halloween Night in New York City. Wendy found out. Watch this harrowing, and then inspiring tale of love and redemption.

Lean on Me - Music Video

Century Tree’s original music video of this great old standard tells the story of a couple who were ‘caregivers’ for one another from their twenties all the way through the old age they shared. The Big Generation’s Lean On Me is dedicated to its three leads, Robert Foster, Elaine Teitlebaum and Skip Mitchell, all of whom have passed away since this movie was made three years ago.

All of us who are over 50 love our nostalgic memories of childhood. The Duppy is a beautiful memory of a home health aide’s childhood growing up in Jamaice. A “duppy” is a ghost. For Donna, her duppy is a ghost who haunted the her life with recurring memories of her best friend, some of them lyrical and loving—others terrifying. Take Donna up on her invitation to visit the most private moments of her childhood—and revisit some of your own memories while you’re there.

‘The Follower’ is a bittersweet short movie about a couple living with Alzheimer’s disease. She’s becoming more confused. He’s fighting for her, and against his own sadness. But they’re both full of love for each other—every single day.

Patti and Jerry are the real-life stars of ‘The Follower.’ These two incredible actors are actually fighting against dementia themselves. If you’re worried they’ll make you sad, think again. What Patti and Jerry will do is help you re-discover your own joy, love and courage.

For Those Among Us

Even if you haven’t seen the spoken word version of For Those Among Us, without words, the bonds of love and devotion between caregivers and patients speak for themselves. What may be most touching, is that those beautiful bonds are equally loving in both directions.

For Those Among Us - Music Video

Here are some quotes from ‘For Those Among Us. Some are of caregivers, others are the words of patients:
“When my mother died, Brian was there for me.”
“My mom can’t talk to me now, and I can’t talk to her (because she doesn’t understand anymore). So we just spend time together.”
“I don’t know what I would have done without my sister.”
….“Brian is my best friend.”