We Love Stars. But Who are the Real Stars? 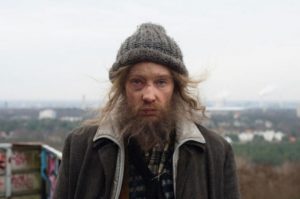 Donald Trump, love him or hate him,  we elected a TV star president!  Now he’s the biggest star in history.  Is there anyone on earth who can stop talking about him?

We value our stars so much—even though, when you think about it, they have no real value to us.  I mean, sure, I loved Taylor Swift’s ‘Shake It Off.’  And when Dwayne ‘The Rock’ Johnson sang it on Ballers, WOW!  But, for me, Taylor and Rock are never more than confections in a life that is too often filled with sadness and toil.  When celebrities do great, a piece somewhere inside me wants to be them.  And when they get divorced or arrested, another piece of me feels better about myself.

Nonetheless, they are a huge deal for everybody.  Everybody loves them so much.  They’re magical.

But what about the people who aren’t magical at all?  The ones nobody cares about.  Do they count for anything?

Most of them are hidden out of sight in broke-down little houses or apartments where the TV is always on, like an annoying eternal flame.  Its noise is a never-quiet weapon against loneliness and a fear of death.

They’ve stopped even hoping for anything good.  Their homes reek of sickness and sweat.  Of urine and day old, half-eaten food.  Of looming death.

Sometimes they go to the hospital.

Their only contribution to the world is that they somehow manage to stay alive, day after day.  They don’t die.

And it’s not like many of them ever did much for anybody else.  They were too busy killing themselves with food and cigarettes and drugs and alcohol.

So why should we care about them?

If you’re reading this, you may know the answer to that question.

If you don’t, maybe you should think about it.